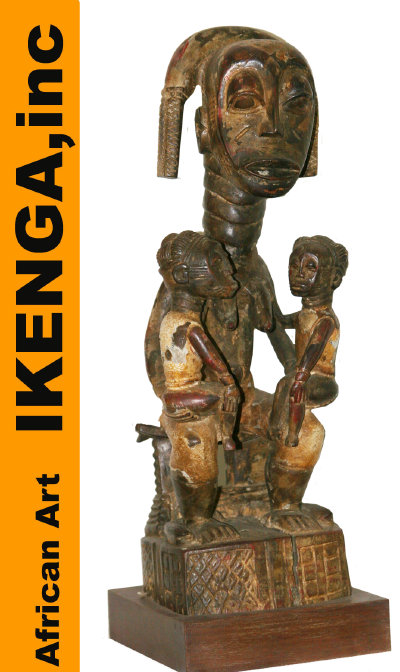 back to
gallery
picture
IKENGA,inc.,

The Asante had an extremely complex social system, which centered around the person of the divine king, and the sacred character of the queen mother. In fact, the throne was matrilineally hereditary.
The public appearance of the sacrosanct monarch in official engagements was marked by the exhibition of the golden seat, the emblem of Akan royalty.

In 1874, allies of the British, pillaged Kumasi and the Confederation was dissolved in 1900, under the pretext of tribal wars, and became a British colony.
Groups of the Arkan