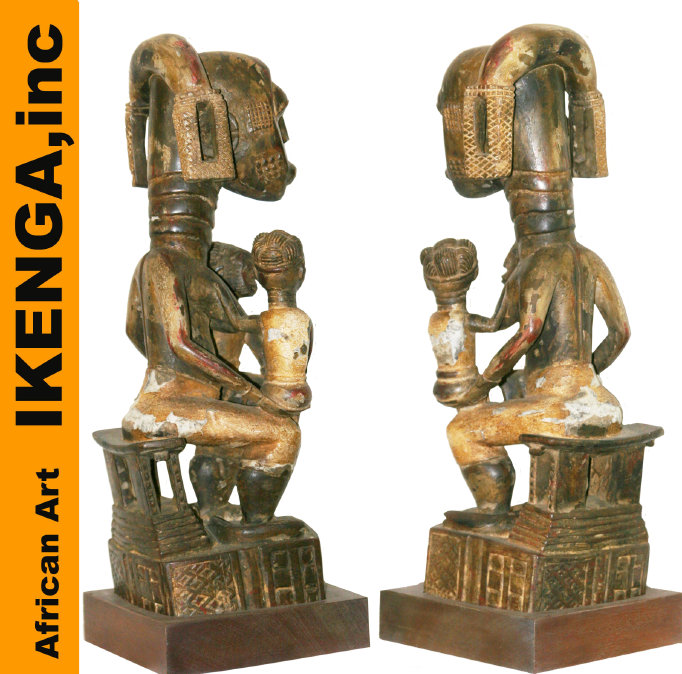 Back
to
Gallery
Picture
IKENGA,inc.,

The 14th century to the 17th century saw the creations of several military states. Especially important were those formed by the Adansi, the Denkyira, and the Akamu.
The Adansi, around 1580-90, dominated the whole of what became known as the Akan Group, but were later subdued by the Denkyira, who maintained their political hegemony until they in turn were subdued in 1701 by revolting states under the leadership of the Priest-Chief Komo Anokye. He created a Confederation with the Asante as the most powerful group. This Kingdom would be known for its order, discipline, and Europeans marveled at the splendor of its magnificent capital, Kumasi.